For the analysis of this activity has been used Bentley Autopipe software. A very positive feature of this product is the great toughness of the calculation engine, even fast and efficient for non-linear anlysis such as multiple supports, even close, with gaps.

In this model we have a line of large diameter (DN 750) operating at high temperatures (fig.1) and low pressure: a first part of the line works at 650°C (Yellow pipe); while at 450°C for the second part (Orange pipe). The pressure is lower then 0.5 bar, out of PED European limits, and not belonging among pressurized devices.

The customer has imposed the following limitations:

As anticipated, the line is an example of circuits operating at high temperature and low pressure: on this context simple bellows work very well because the pressure thrust is acceptable.

Fundamental is to understand the philosophy on which the existing and operating line from decades is designed: a circuit apparently complex due to high temperatures, is instead treated in a very simple manner decomposing the line in elementary parts, between stop line supports, with one or more bellows with local effect.

The purpose of the activity, actually very modest, was to rerouting the curve zone. We notice that bellows are placed between fixed points. Upstream and downstream of bellows a guided support is present in order to sustain the tube. We can think of the bellows as entities capable of absorbing axial expansions and as structural hinges at the same time, that is why the line need to be supported adequately (fig.2). Indeed, what would normally be a continuous beam, it find inside hinges that make it unstable, in that sense not considering bellows is an error. Therefore, the request of the customer was traduced thinking to a bellow with high axial stiffness but with angular and transverse stiffness similar to that of commercial products to take into account the lability. 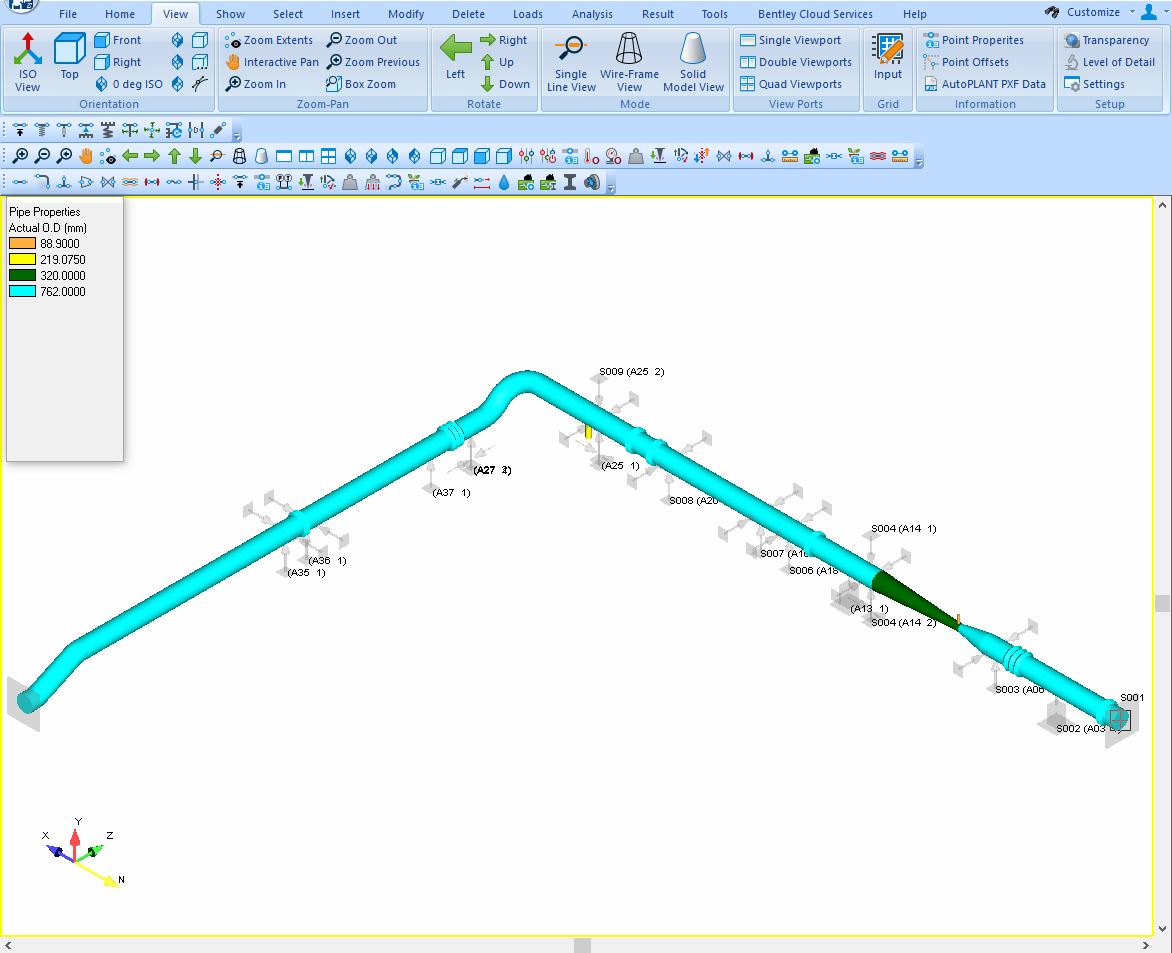 Another aspect to meditate on, are the boundary conditions, infact consider an anchor on fixed point may be neither precautionary nor truthful. In reality, fixed points are unlikely to be able to avoid rotations of the line. In that case, upstream of the anchorage s001 the line continue for a short distance and then it turn in Z-direction. It is possible that the dilatation of the line induces a certain rotation on the Battery Limit of the circuit in examination, for such reason two ways to proceed has been performed: 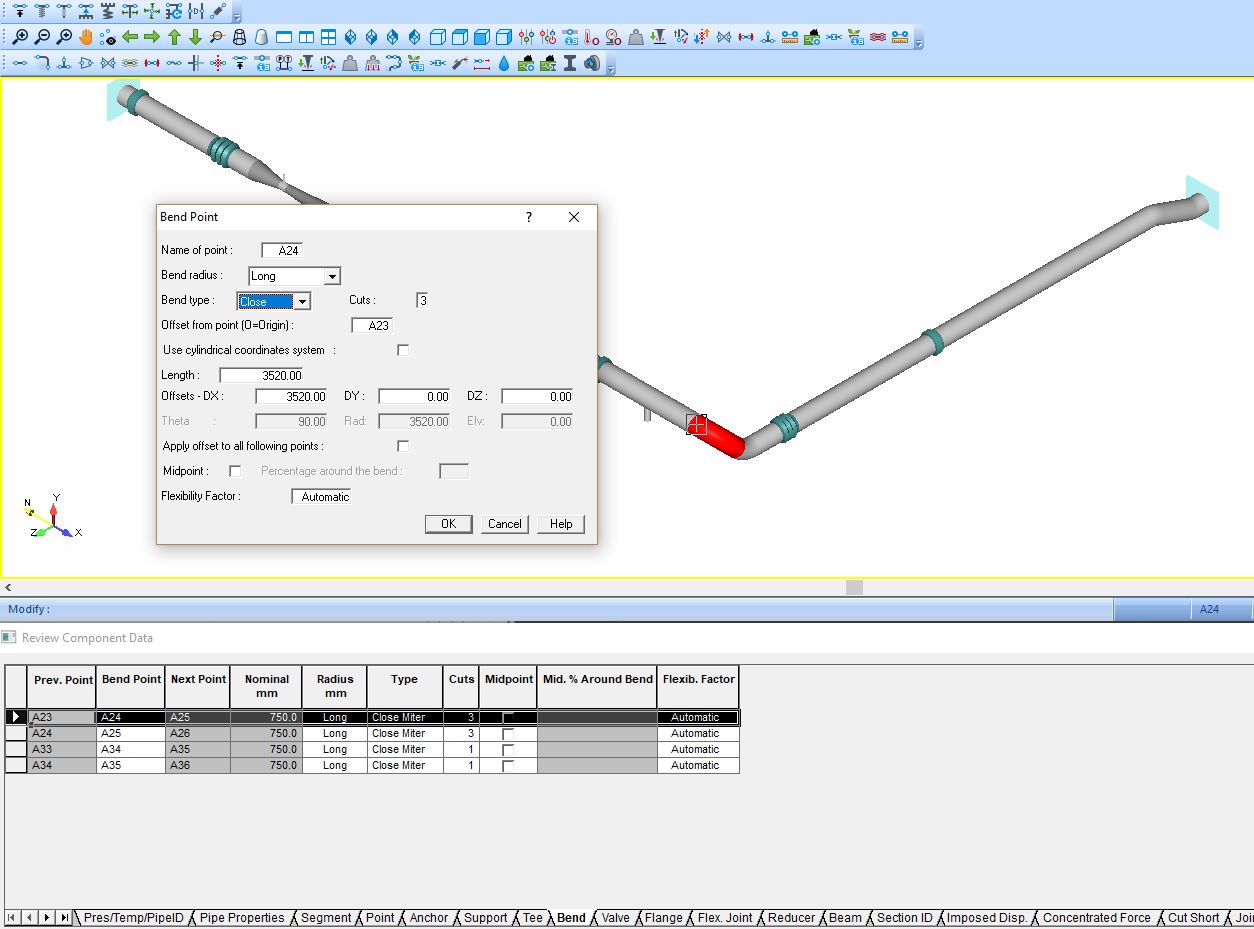 .
A further peculiarity of this activity is the usage of miter bends (fig.3). For low pressures and very large diameters the linespecification may report the use of bends made by pipe segments rather than traditional elbows. Bentley AutoPipe automatically manage SIFs (Stress Intensification Factor) of this bends simply indicating the number of cuts that compose the curve to obtain right SIFs and flexibility coefficients.
.
The overall result (fig.4) is a line that, despite high temperatures, have low stress values outside the geometrical and structural bottleneck point of the circuits, physiological structural weakness of this example.
.